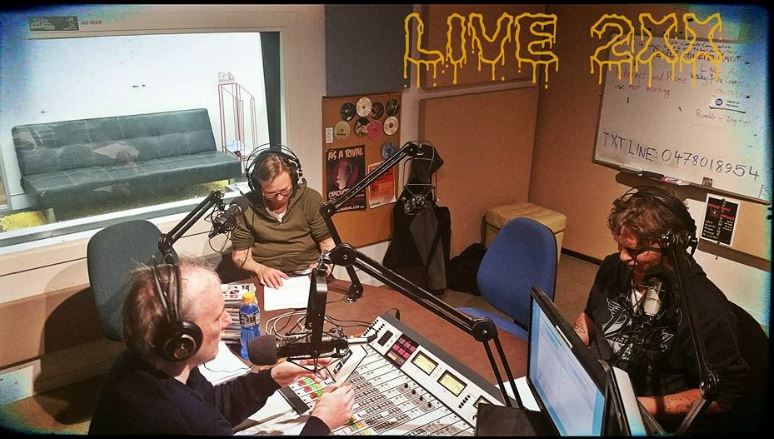 “News from the Drug War Front” is a weekly radio show (10:30am to noon every Tuesday) that is presented by the Canberra Alliance for Harm Minimisation and Advocacy (CAHMA). The show promotes the wide range of services provided by CAHMA and also reports on and debates the harms caused by the prohibition of certain drugs that began on a global scale with the ratification of the 1961 United Nations Single Convention on Narcotic Drugs. We aim to inform and educate listeners about the failure of the ‘war on drugs’ or, to describe it more accurately, the ‘war on people who use drugs’.

A selection of music is played during each show. The producer and presenter is Geoff Ward with Marion Watson co-presenter.

“The contents of this News From the Drug War Front  Broadcast/Podcast does not necessarily reflect the views and or policies of The Canberra Alliance for Harm Minimisation and Advocacy (CAHMA).  CAHMA does not condone nor condemn drug use and does not promote illegal activity.  CAHMA recognises that drug use happens.  As such CAHMA focuses on harm reduction messages, drug treatment support services, advocacy and community development.  CAHMA seeks to reduce the harms associated with drug use, as well as the harms associated with the criminalisation of drug use, through the provision of empowering programs that concentrate on community development, person centred healthcare and equity of health service delivery for all people.”

Episode not found. The most recent episode will be shown instead.

­
­
­
Search playlists
You currently don’t have any tracks for this episode. You can add tracks below.
Are you a community radio program maker? Apply here for your own program page.

Please enter words from the artist and/or track name in the search box above.
Want more results? For full airplay results register here.